Beginners and experienced reflexologists enjoy The Stone Institute’s reflexology history course. The course opens with a brief overview of reflexology (what is reflexology?) followed by a timeline of the practices from ancient to current times.

Natural therapies, including reflexology, are experiencing a renaissance. Reflexology “is one of the fastest growing areas of alternative medicine. Its appeal lies in its natural, noninvasive, integrative approach to wellness.” Therapeutic Reflexology, p. 11.

Today, reflexology is recognized as a distinct form of bodywork. While it shares similarities with massage and other forms of bodywork, it is a unique and a separate profession.” (See course, TR-SC5_Reflexology_Massage_and_Allied_Practices.)

What Others Say About this Course

“I learned how old reflexology is and how it is accepted around the world. The history [of reflexology] is great.” Chunmei N., Utah, USA

“Learned how people discovered the body can heal itself through reflexology, and that our hands can do healing work.” Tammy F. B., Africa

“It is interesting to learn how old [reflexology] practices are and how they evolved into the techniques of today.” Valerie T., MO USA 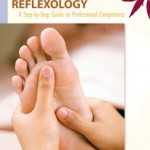 This course sets the stage for TR-SC2: Theories of Reflexology, which explains how reflexology works.

Paula founded The Stone Institute LLC and its programs to empower individuals to make the best choices for their health and well being.

Paula Stone AA-Ed is an accredited reflexology instructor by the American Commission for Accreditation of Reflexology Education and Training.